This may not sound very normal to some, but we love travelling with our parents.  On a recent trip to Vienna, we decided to take them along.  This time, since all of us are already familiar with the historical sights, we decided to make it a fun trip involving food and taking the kids to an amusement park.

After having a hearty lunch at Mikulov, we drove to Vienna to get some coffee and a taste of the classic pork knee.

Vienna is famous for its cafes, so it was no wonder that they were all packed when we got there.  Luckily, we found the Gutenberg, a quaint restaurant tucked along a small street in Vienna’s shopping district.  The coffee was good, and so was the sacher torte that I had with it.  And it was too late before I realized that I should have taken a picture.

But anyhow, I think the picture I took from this place was more precious than the food – my children, in such a tender moment. 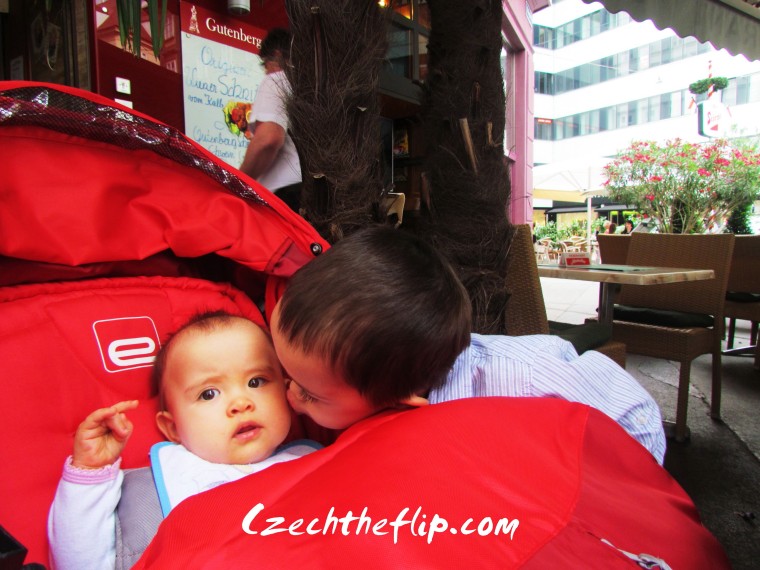 We then proceeded to Prater Amusement park, where my son enjoyed the bumper cars with his father. 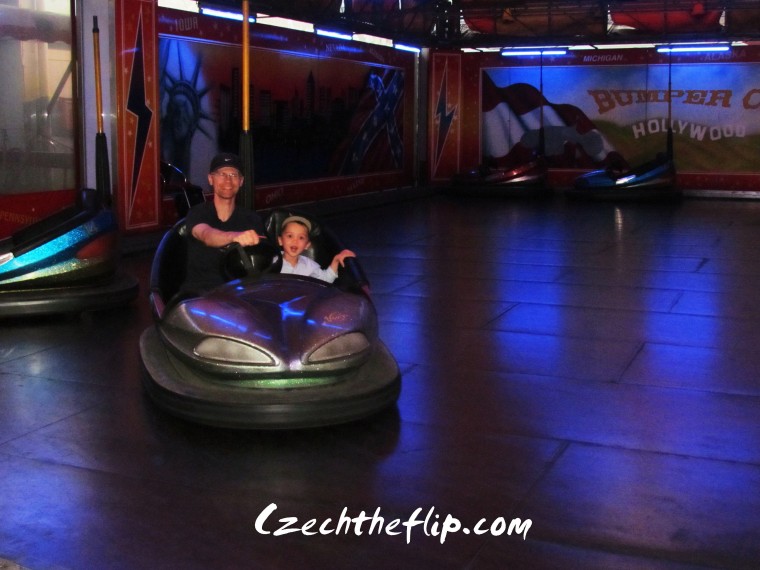 And because he was too young to drive his own bump car, he begged to go on more rides where it was totally ok for him to take the wheel. 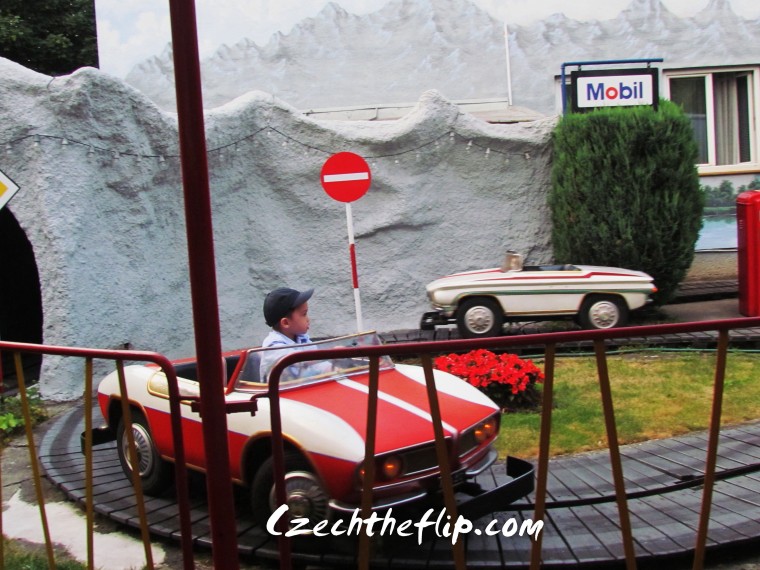 Still, that wasn’t enough.  He is crazy about fire trucks, so here he is driving his own. 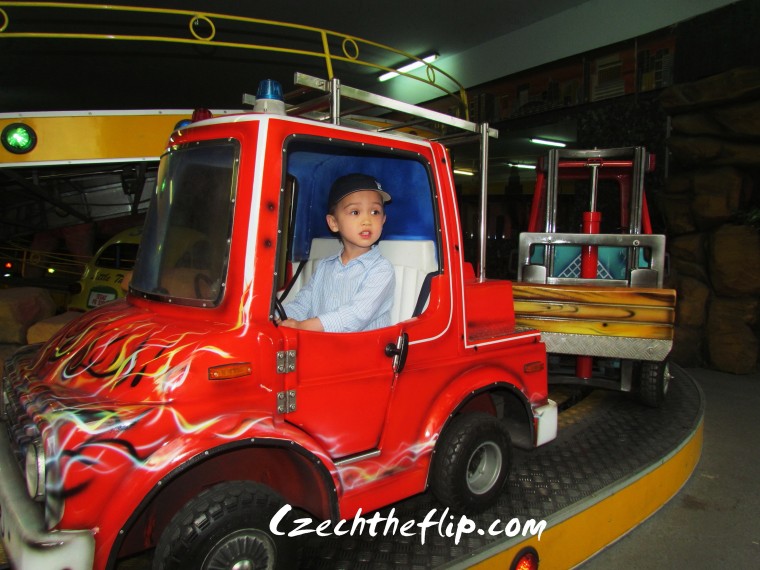 The day will never be complete if we don’t get to taste the Viennese pork knee.  So we proceeded to the Schweizerhaus (Swiss house) and beer garden  to grab a mouthful and down it all off with a good glass(es) of beer.

The roasted pork knee is probably one of the unhealthiest food in this planet, but it tastes so good!  It reminded me of a typical Filipino dish, crispy pata. 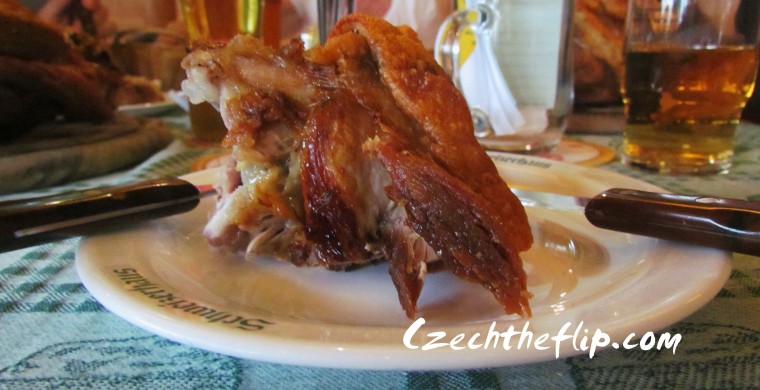 Yes, that was my portion.    So now you know why I am still fat.

This year, I am opening a new category in this blog called “Travel Picks.”  In this category, I am collaborating with travel experts and fellow bloggers on their favorite places to travel.

My first contributor for this series is Kendra Thornton, a mother of 3 and an expert traveler.  Before being promoted to the full time position of mom, she was the former Orbitz Director of Communications where she was able to travel a great deal.  She now lives in Chicago with her family, where they are her number one priority in everyday life.

Kendra and I have come up with this article about Las Vegas, her favorite place to travel.  So if the travel bug has hit you already, then let’s go to Vegas.

Over 40 million travelers head to this oasis in the Midwest for some excitement and daring entertainment. Las Vegas is an incredible vacation spot known for its casinos and celebrity shows. It’s where you can see Britney Spears perform live or catch the famous Cirque du Soleil “O” show on the strip. There’s so much to do in this town, and these are just a few of my favorite places when travelling to Sin City.

CSI Fans: Get a Closer Look
If you love the show “CSI: Las Vegas,” you can get an up close look at the television program at CSI Las Vegas at the MGM Grand. You get to experience the show and truly become apart of the crime scene experience. Visitors enter into a crime scene, collect information and help solve the case. Of course, it’s not always so obvious who the killer is.

Relax at Mandalay Bay
When traveling to Las Vegas with friends, there’s always one day when you need to just unwind and take a chill pill. Mandalay Bay’s Beach is perfect for that. There are several pools here with nearby tiki bars. You can grab a floating tube and just float for hours in pure bliss. Kids also can enjoy the wave pool, lazy river and water slides.

The main attraction for any Las Vegas traveler is the strip. It’s gorgeous at night, but there’s a whole other side to Las Vegas’ beauty on the outside. Pink Jeep Tours provides an adventure tour that takes you through the sights surrounding Las Vegas. You can take an air helicopter ride or hop into a Pink Jeep from your hotel and zoom across the Southern Nevada desert. Your guide will provide a totally unique experience and even take you on a day trip to the Grand Canyon.
Fine Italian at Its Best
The best Italian cuisine you’ll find in Vegas is at D.vino at the Monte Carlo in Vegas. It’s a gorgeous restaurant with a unique atmosphere that works for both romantic occasions and family groups. They have delicious food like stuffed zucchini, and you won’t find a better wine selection than at D.vino. The restaurant has an Enomatic system that has 18 exquisite selections of wine that are incredibly hard to find anywhere else. You can taste all the wine in 1oz, 2oz or 5oz pours.
Las Vegas is a wonderful place to travel with friends and even family! With its hotels catering to every type of traveler and family, it is a truly a unique oasis. Sites like Gogobot make it even easier to read user reviews so you can feel even more comfortable about your hotel purchase.

One of the most visited places in Moravia is the southern town of Znojmo.  On our recent trip to Vienna, we decided to make a quick stop in this magical city to somehow get a glimpse of it.  I hope it will also give you a glimpse of this beautiful city.

Before entering the town center, this was the piece of architecture that greeted us.  I thought it was impressive. 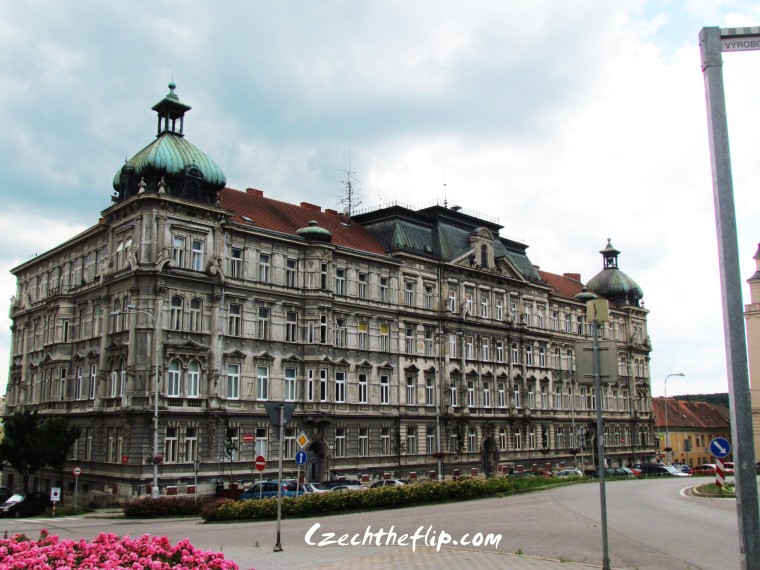 Right across it was the town theater. 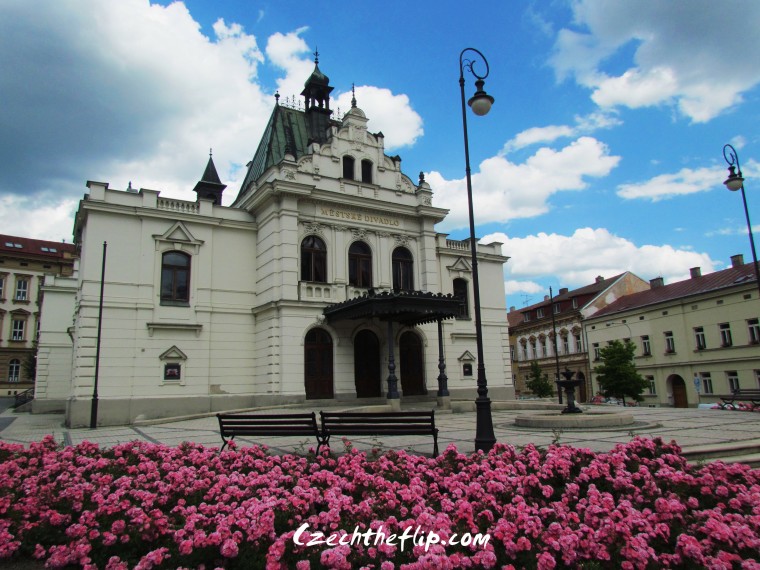 Upon entering the town, this is the view of the town square. 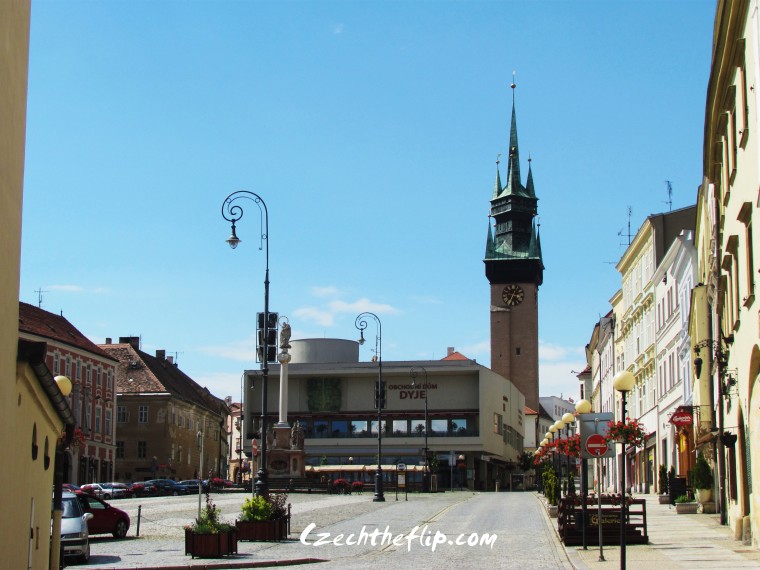 View of the buildings surrounding the square. 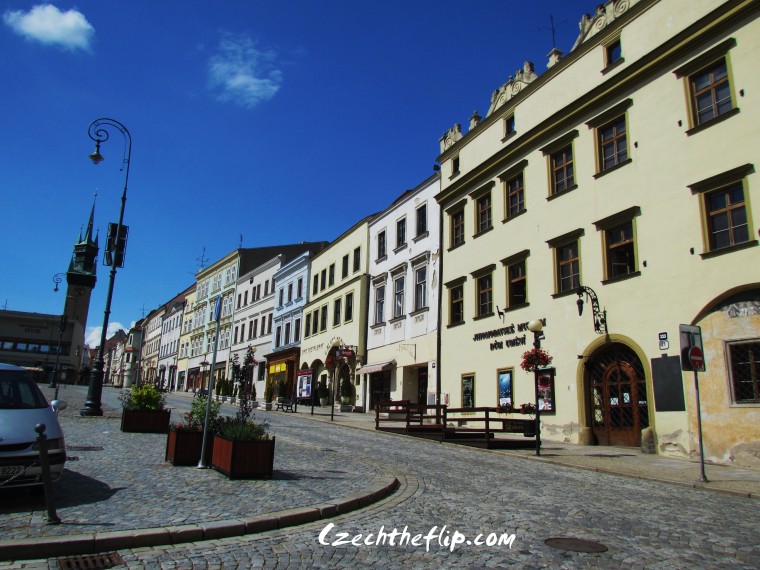 There is a passageway behind the squarish flat building with beautiful pictures of the city.  What a great way for visitors to relax and see the city through pictures! 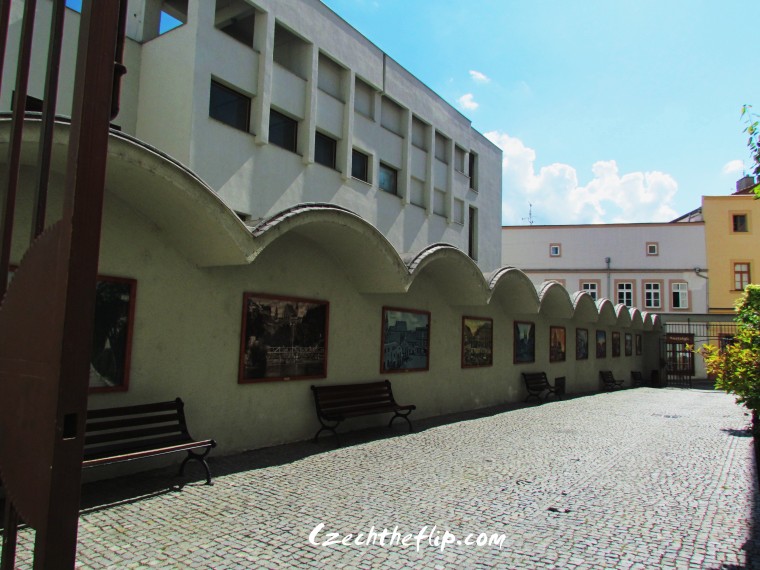 Aside from its beautiful architecture, Znojmo is also know for its wines. 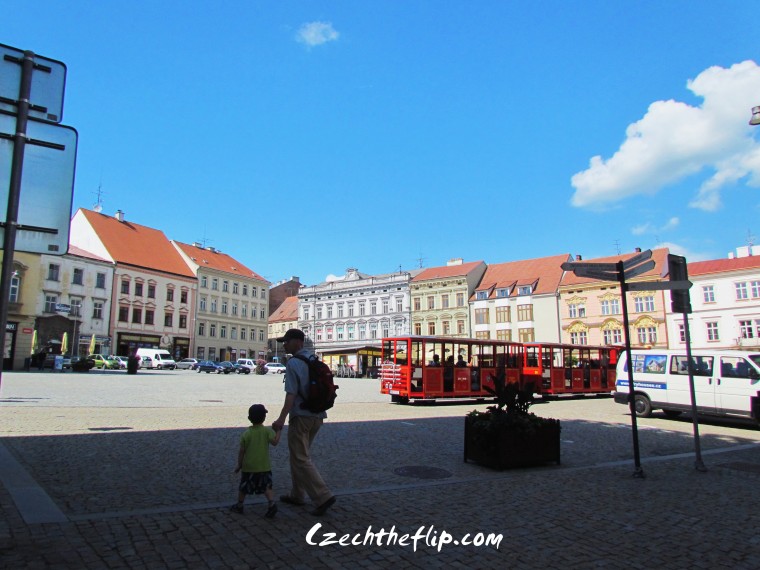 That red tram was ready to take tourists to the wineries.

It’s too unfortunate that because of my current state we didn’t have the chance to taste Znojmo’s wines.  Well, at least there is something to look forward to when we go back to this place.

To cap off our day, we went to this cafe and had a good serving of gelato instead.

If you would like to learn more about Znojmo and what it has to offer, please click here.

Have a great week!

Having lived in 3 continents, and travelling to various parts of the world, I may as well consider myself adventurous.  Well over a month ago, my friend Reena of www.reenareigns.wordpress.com, passed on the adventurous blogger award to me.  Thank you very much, Reena! 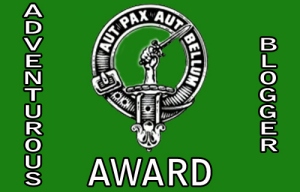 To receive the award, one has to answer a couple of questions:

As part of my blogging journey, I have met a lot of wonderful people who inspire me everyday with their own adventures.  Though I cannot name everyone, here are the 12 bloggers who I think should also be receiving this award:

Writing Between The Lines

Another Day in Paradise

On the Road with Jim and Mary

Please check out these blogs.  I’m sure you’ll also feel like you’re part of their adventures.