One of the best tourist attractions in the Czech Republic are its castles and chateaus.  This past weekend, we visited a beautiful chateau – Hradek U Nechanic.

Hradek U Nechanic was built in Tudor Gothic style to serve as a summer residence for the family of the Count of Harrach, Frantisek Arnost.   Used as a template for the chateau construction was the design by London architect, Edward Buckton Lamb (1805-1869).  Karl Fischer, a young and talented Austrian architect managed the building work. 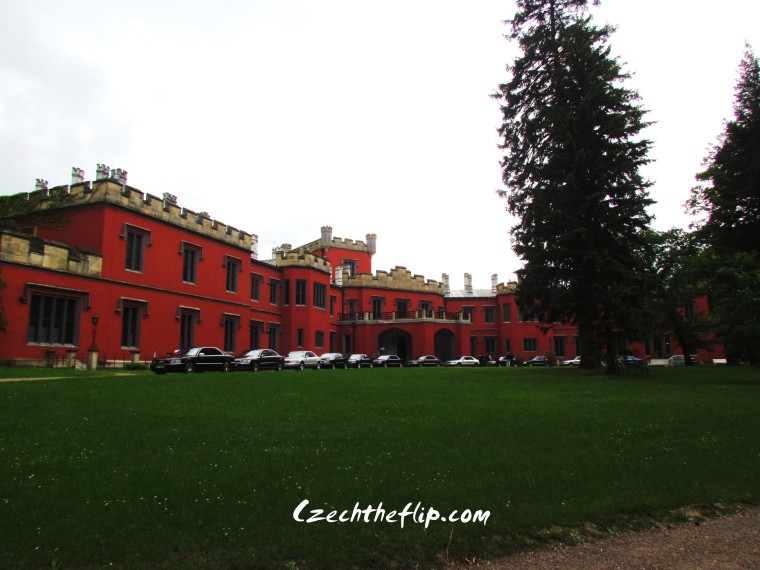 To understand and appreciate the beauty of the chateau, we took the long guided tour through its interiors.  I was ecstatic to find out that unlike the other places we visited, this one actually allowed photographs to be taken but without flash.  Because of inadequate lighting, my pictures are not that great, but I would like to share with you a few of those photographs that may give you a brief overview of this magnificent place.

On the central area of the chateau, one would see the Knights’ hall, which is decorated with armors, paintings and the family coat of arms.

Next to it is the Golden Hall, which is probably the largest and most beautiful room in the chateau. 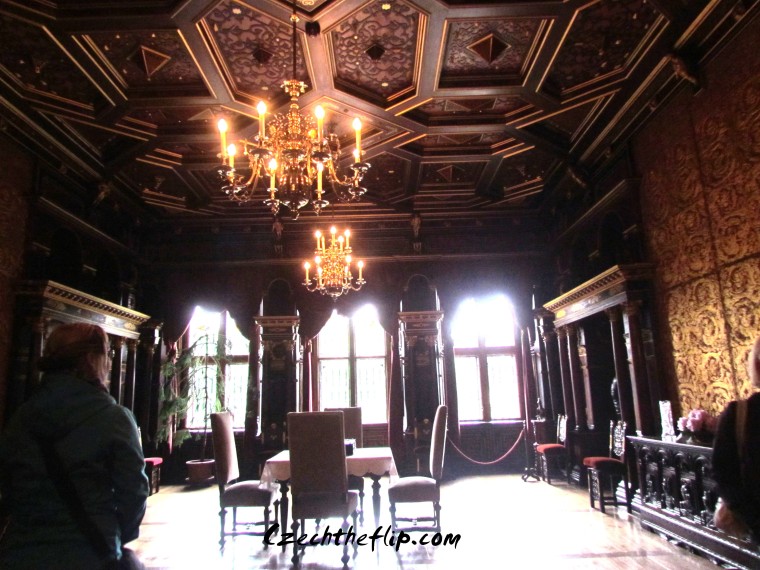 It was named as such because of its gilded leather tapestry which was produced in Belgium in the 17th century.  The panelled ceiling is also said to come from the 16th century. 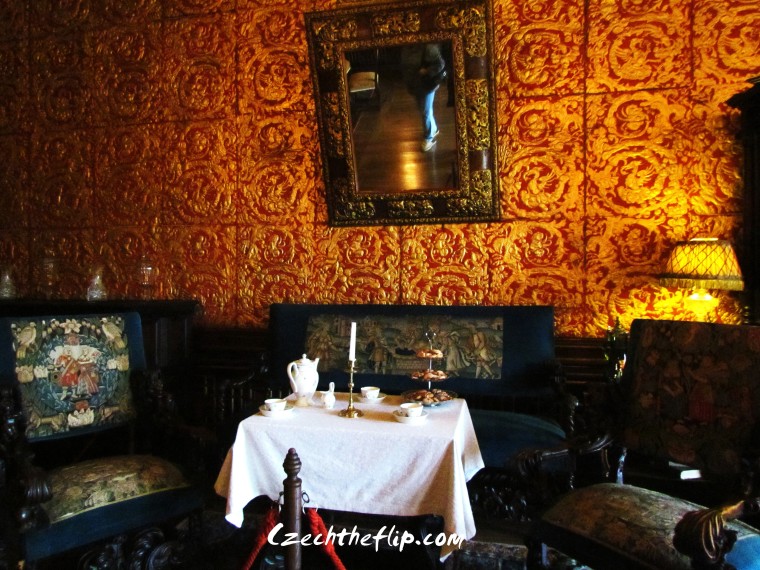 Once inside, you can feel the richness of the place.  It must have been great living in that place during those times.

One of my favorite places in the chateau is its library.  It is said to contain a total of 5,500 books, half of which are in Czech and Slovak.  A unique set of paintings hung above the bookshelves, depicting anatomical anomalies in the 18th century.

The library also contained some secret passages disguised as bookshelves.  Looking closely, I was able to find some English titles.

Another favorite room of mine was the Countess’s bedroom.  It was very large and had a piano inside which she probably played during her leisure time.  Our tour guide told us that the drapes and curtains on the bed were placed there to make the space smaller and more comfortable for sleeping.

Since I showed you the countess’s room, I might as well show you her maid’s room.

Close to the maid’s room was the summer family dining room.  It was probably the brightest room in the whole chateau.

If there was one thing I didn’t like about the place, it was the fact that it was awfully dark.  The picture below shows you a hallway with several doors.  These doors were rooms for important guests.  Imagine you were walking here at night.

Like most noblemen, the Harrachs were quite religious.  The last leg of our tour took us to the Chapel of St. Ann.

Here you can see an exhibit of the different vestments that were used by the Catholic priests who used to officiate the mass.

And of course, here is the altar.

The chateau has been open to the public since 1953, and was listed as a national cultural heritage in 2002.

To maintain its upkeep, some of its areas had been opened to public use.  One of which is this chapel.  You can actually get married here!

The breathtaking view of its surroundings also became a filming site for several famous Czech films and fairy tales.  In addition to that, it currently serves as hosts to several cultural and social events.

To learn more about the chateau, please visit their website.