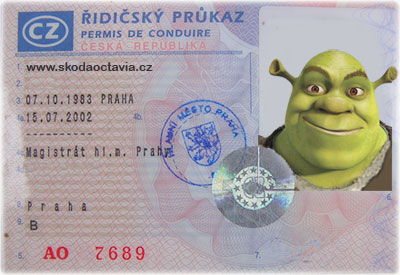 In the beginning, I thought I could convert either one of my “other” driving licenses, since I already own 2, from 2 different countries.  I tried.  Unfortunately, I learned that I still need to go through the whole process all over again.  Classes in English were only offered in Prague.  Hence, I had to periodically endure the  1 hour commute to attend my classes, although I missed most of the theoretical lessons and only completed the compulsory behind-the-wheel sessions.  In retrospect, I think doing it all over again was well worth it.

Unlike the other cities where I obtained my other licenses, testing here in Czech is a tad more complicated.  One has to undergo three tests – a computer test on rules of the road and first aid, a verbal vehicle maintenance test, and finally a behind the wheel test.  Honestly, I have to say that these intimidated me a lot.  First, because my language proficiency is not at an intermediate level.  Second,  because failure was not an option.  With the help of a court appointed interpreter, I managed to answer all the questions of the rules and vehicle maintenance tests correctly.  Then came the behind-the-wheel test the following day.  Although it was freezing that day, I managed to sweat.  That’s how nervous I was.  The examiner only spoke Czech so my driving school teacher had to give me the instructions in English.   After probably 10 minutes of driving, (which felt like forever to me), the examiner told me to pull over to one side and flatly said I passed the test.  I almost squealed with joy, but the mood inside the car was  so serene, I had to conceal my emotions.

After going through the whole process, I feel like a huge weight had just been lifted off my shoulders.  Sure I can drive, but I feel more confident now that I am fully aware of all the rules of the road and its possible dangers.  Now I am proud to say that I am a Prague driver, a Los Angeles driver and a Manila driver.  So sit tight. Buckle your seat belts. Let’s go!